The first six months of 2016 brought the greatest increase in global warming in recent years, and a rise in temperature that far surpassed all previous records–and occasioned a rapid melting of polar ice challenging to map as well as to imagine in all its cascading consequences.  The 378th consecutive month of land and water temperatures far above twentieth-century averages, as per the World Meteorological Organization, became an occasion to wonder how “many more surprises are ahead of us”for the director of the  World Climate Research Program, and brought the arrival of strikingly new consequences of climate change with the unearthing of unmarked graves, as the once-fixed boundary to what had constituted the northern boundary of continents has begun to retreat.

A set of such surprises have already arrived.  The increased melting of what were once thought permanently frozen regions of arctic permafrost first awoke dormant but contagious anthrax.  While this latest development provided a note of panic, it seems only emblematic of the eventual cascading of after-effects that the melting of the arctic stands to bring, and of the difficulty to place them in any coherent narrative.  Yet while we use maps to organize a range of data on climate change, it’s also true that the emergence of anthrax in the Siberian tundra provides a poignant illustration of the “surprises” that climate change will bring.  And while the world has not known smallpox cases since 1977, the contraction of the permafrost stands to reveal extinct smallpox, and indeed prehistoric viruses of up to 30,000 years old, as cattle graves are newly exhumed from permafrost.  The last smallpox epidemic in Siberia dates only from the 1890s, but the buried bodies by the Kolyma river have appeared as if by unexpected time-travel with Smallpox DNA, raising the possibility of with the unearthing of riverbanks, and  sites of burial of both infected animals and diseased bodies as the ground thaws.  Areas infected with anthrax spores release by preternatural global warming are being cordoned off, but the revived viruses and spores may travel widely in water in ways difficult if not impossible to map.

As we seem to be opening up much of the north pole and an Arctic Ocean for multiple new shipping routes, in ways that have led to projections of expanding trade-routes with names that reference imagined passageways like the Northwest Passage, the imagined increased shrinkages and thinning of layers polar ice due to global melting are understood as opening up new routes to nautical shipping as ice retreats from much of the arctic regions–but which, if they were only understood in the abstract in 2013, are now becoming increasingly concrete in the range of consequences that can cascade from them. 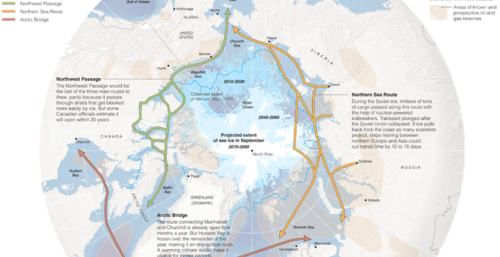 The arrival of a period of pronounced decline in arctic sea ice has produced a newly palpable intimations of the vanishing of what were once expanses of ice. 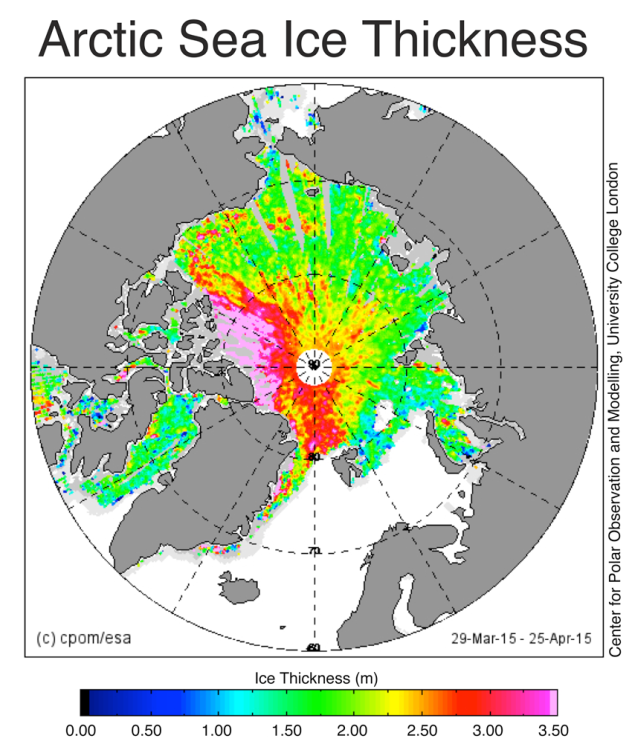